We spoke to the humans behind the account of @teddythefold. Teddy is a Scottish fold with a human-sized personality. While Teddy maybe be a bit of a diva, he loves to do tricks and show off his attitude for the camera. Check out how Teddy has become an influencer in his own right for home decor brands and how he uses Yamazaki products in novel and unique ways.

Around the time he turned one year old, Teddy started showing raw talent for doing tricks. I remember one day, I wanted to feed him some treats, and Teddy started waving his paw up in the air, trying to grab the treats. It looked a lot like he was giving a high five (which later became his favorite trick). I decided to buy a pet clicker and started practicing the high five trick with Teddy. That’s when I learned that he’s one smart kitty. He learned most new tricks so quickly, and now he’s able to jump through a hoop and ring a service bell!

We made a short video of Teddy doing the high five, and some popular cat accounts on Instagram and news outlets noticed it. That's how we gained thousands of new followers, and Teddy's Instagram shifted from just an online photo album to actually finding ways to create fun and engaging content to the followers.

What is the concept behind your work and what do you want to share with your followers?

Ideally, we want to create this persona that Teddy is an actual “person” who handles his own Instagram account. That's why you rarely see humans in his pictures or videos. Troy sometimes makes appearances here and there, but only if Teddy allows him (Teddy is a diva after all)!

We try to avoid promo codes and such with Teddy's account, and focus it more on creating eye-catching content with our partner's products. This is exactly what we’re trying to do with the Yamazaki Home products too. We want you to look at a Yamazaki item and see it through the cats’ eyes by utilizing them in a unique way. For example, maybe it’s a wastebasket for humans, but it’s a noise-cancelling sleeping pod for Teddy.

What is Teddy or Troy’s favorite toy to play with? Which product of Yamazaki’s did they like the most?

Teddy’s and Troy's favorite toy is (unfortunately) the wire of my cheap earphones! This is something I learned while working from home. I used to think earphones just break easily. The other thing that's a fun fact is that both Teddy and Troy actually can fetch—but they would only fetch certain things (not everything, like some dogs).

For the cats, their favorite Yamazaki product is without a doubt, the wastebasket! We have two of those, so each of them have their own to relax inside. We can't even use them as actual wastebaskets, because the cats always want to hide in them. The other thing that they love is the pantry canister—because that's where we put their favorite dried treats. Teddy could be in another room, but when he heard the flapping sound from the canister, he’d run outside to get the treats. It’s like a bat signal for him!

For example, maybe it’s a wastebasket for humans, but it’s a noise-cancelling sleeping pod for Teddy.

What is your favorite item that you’ve received from Yamazaki Home and how do you use it/ what do you use it for?

For me, the human, I LOVE the Sliding Couch End Table. As a matter of fact, I'm actually typing this while using the end table. It has been one of the most used pieces of furniture during the 2020 quarantine. The other thing that I really like is the business card holder. We have the yellow one. Instead of business cards, I attach two small photos of Teddy and Troy instead.

For me, the human, I LOVE the Sliding Couch End Table. As a matter of fact, I'm actually typing this while using the end table. 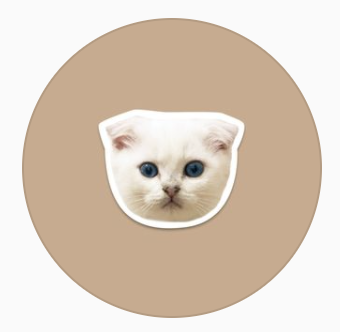 Teddy and Troy are two cats who live in California. They love doing tricks, like jumping through a hoop or giving a high five, as long as you give them treats in return. Quiz: Which Trash Can Can Help You Today?

Inspired by life in Japan

Be the first to know

Sign up to receive updates on product launches, inspiration, and special offers.

You are $150 away from free shipping